Foot supports are a effective intervention used by podiatry practitioners to take care of a variety of foot problems. All of the clinical experiences and scientific evidence is that they are quite useful. Nevertheless, one trouble with them is that they have to be worn in footwear. That is certainly a lifestyle option, but at times the choices and the climate do not really accommodate the use of the proper shoes which foot orthotics could be worn in.

Could they be as good as foot orthotics?

Probably not. The support which is included in them is just like what you would get from a mass produced foot orthoses or one of the common over-the-counter type of foot supports. That is fine if you have a typical arch shape. However, that is not good if you don’t. Foot orthotics usually are designed to be unique to your foot type.

Should you use them?

There’s no harm in using these and they absolutely can be used as an adjunct to foot orthotics when you’re not wearing shoes. As if they can be utilized as an alternative, you would need to discuss that with your foot doctor.

I do keep hearing about the Archies online, but I haven’t tried them as they are from Australia. Apparently loads of podiatry clinics in Australia retail them. 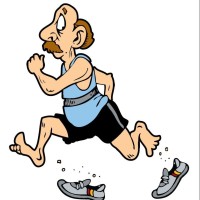