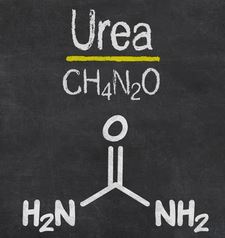 The urea creams have been demonstrated to be very effective clinically for dry skin disorders that affect the feet. The urea is considered one of the better creams to use for this as different concentrations of the urea have different effects, so can be used depending on the nature of the skin condition.

Ballet flats are a unique shoe style influenced by the footwear used by ballerinas. By design these footwear have become minimal. The shoes do not much to the foot biomechanics except cover it and are available in an array of good looking styles. Additionally, they usually are very snug fitting that can help the footwear remain on the feet. There isn’t anything fundamentally inappropriate using these sorts of shoes provided that usually are fitted properly and are of the right size for the user.

The problem using these minimal sorts of footwear is if you have a foot concern that needs some type of arch support, even over a temporary basis. The main sorts of issues that this could be important are particularly if you’re standing on your feet throughout the day and the legs and feet become very tired. Mainly because of the minimalist nature of the style and the characteristically snug fitting of the footwear, there is not going to be much space inside the footwear to do much. Medically, alternatives or options could be reduced for those who spend much of your time in this particular footwear. There is virtually no way that a normal foot supports is going to fit into these kinds of footwear. From time to time a reduced down foot orthotic could most likely fit into the shoe. Other times the issue could very well be handled by changing to an alternative kind of footwear which foot supports may be easily made use of in for a period of time until the problem is fixed. It is always wise to see a podiatrist and go over your choices you have if you actually do require some sort of support and if it might be accommodated with your ballet flats type of shoes.

There are a very limited variety of ballet flats that you can buy which do have got arch support kind variations included in the footwear. Nevertheless, they can be hard to find and can not be suited to you. You can find the instant arches kinds of self adhesive pads which may be placed inside the footwear to make some kind of support and that is often a beneficial compromise if that’s what is necessary to manage your issue. Foot doctors do make use of them every so often if you have few other suitable options that will get you foot support right into a ballet flat type of shoe.

Foot supports are a effective intervention used by podiatry practitioners to take care of a variety of foot problems. All of the clinical experiences and scientific evidence is that they are quite useful. Nevertheless, one trouble with them is that they have to be worn in footwear. That is certainly a lifestyle option, but at times the choices and the climate do not really accommodate the use of the proper shoes which foot orthotics could be worn in.

Could they be as good as foot orthotics?

Probably not. The support which is included in them is just like what you would get from a mass produced foot orthoses or one of the common over-the-counter type of foot supports. That is fine if you have a typical arch shape. However, that is not good if you don’t. Foot orthotics usually are designed to be unique to your foot type.

Should you use them?

There’s no harm in using these and they absolutely can be used as an adjunct to foot orthotics when you’re not wearing shoes. As if they can be utilized as an alternative, you would need to discuss that with your foot doctor.

I do keep hearing about the Archies online, but I haven’t tried them as they are from Australia. Apparently loads of podiatry clinics in Australia retail them.

This is a question that is often asked and does not have a clear or obvious answer. Everyone is looking for easy and natural ways to treat any condition and a plantar plate injury is no exception. The plantar plate is a strong ligament under the joints in the forefoot that can sometimes get strained due to overuse. Occasionally a small tear develops in that plantar plate ligament.

The typical symptom is pain under the ball of the foot that starts as an ache that gets progressively worse. It is typically much more painful on palpation or poking it. Also the affected toe does tend to be in a more dorsiflexed position.

So, can it heal by itself?

In reality they probably can not heal on there own. They can healing with the strapping and maybe a stiffer soled shoe given time. If those types of treatments do not help, then a surgical repair of the tear in the plantar plate is probably warranted.